Dr. Teresa Mares is associate professor of anthropology at the University of Vermont. Her research focuses on the intersection of food and migration studies, and particularly how diets and foodways of Latino/a immigrants change as a result of migration. She is currently engaged in an ethnographic study examining border politics and food access issues among Latino/a dairy workers in Vermont and is writing a book on this topic, entitled The Other Border: Sustaining Farmworkers in the Dairy Industry, under contract with University of California Press. Recent publications include “Navigating Gendered Labor and Local Food: A Tale of Working Mothers in Vermont,” in Food and Foodways, and a co-authored chapter, “Eating Far From Home: Latino/a Workers and Food Access in Rural Vermont,” forthcoming in Food Across Borders: Production, Consumption, and Boundary Crossing in North America.

Outside the classroom, Dr. Mares has led a number of community food projects. She is co-director of Huertas, a food security project for Latino/a dairy farmworkers connected to UVM Extension’s Bridges to Health Program, and was previously co-director of the Food Justice Project for the Community Alliance for Global Justice in Seattle. She has served on grant and fellowship review panels for the American Association of University Women and for the Community Food Projects program at the National Institute of Food and Agriculture. She is devoted to experiential, transformative modes of teaching and has advised dozens of students who seek to make a difference in the contemporary food system. She can be reached at Teresa.Mares@uvm.edu.

Dr. Monica M. White is an assistant professor of Environmental Justice at the University of Wisconsin–Madison. Her research investigates communities of color and grassroots organizations that are engaged in the development of sustainable community food systems as a strategy to respond to issues of hunger and food inaccessibility. Her recent publications include “A Pig and a Garden: Fannie Lou Hamer and the Freedom Farms Cooperative,” forthcoming in Food and Foodways: Explorations in the History and Culture of Human Nourishment.  Her first book, Freedom Farmers: Agricultural Resistance and the Black Freedom Movement, is scheduled for release in fall 2017 from University of North Carolina Press. Freedom Farmers revises the historical narrative of African American resistance and breaks new ground by including the work, roles, and contributions of southern Black farmers and the organizations they formed.

In addition to her academic work, she's been active in the food justice movement for a decade and serves as president of the board of directors of the Detroit Black Community Food Security Network (DBCFSN) and on the advisory board of SAAFON (Southeast African American Farmers Organic Network). Her work in the classroom and community emphasizes the theoretical framework of collective agency and community resilience and the use of community-based food systems and agriculture as a strategy of community development. Dr. White has received several grants, including a multiyear, multimillion-dollar USDA research grant to study food insecurity in Michigan. She received the 2013 Olsen Award for distinguished service to the practice of sociology from the Michigan Sociological Association, and the Michigan Campus Compact Faculty/Staff Community Service-Learning Award. She was appointed to the Food Justice Task Force sponsored by the Institute for Agricultural Trade Policy (IATP), and maintains a highly ranked and reviewed blog (soil2soul).

Read and download a collection of John Ikerd's first 22 JAFSCD columns: The Economic Pamphleteer: Collected Columns by John Ikerd on the Economics of American Food Systems. This is available free and makes excellent reading for food systems seminars and for all readers interested in critical and creative writings on the economic underpinnings of American agriculture. The collection was published in April 2017.

Kate Clancy is a food systems consultant, visiting scholar at the Center for a Livable Future, Bloomberg School of Public Health at Johns Hopkins University, senior fellow at the Minnesota Institute for Sustainable Agriculture, and adjunct professor at the Friedman School of Nutrition Science and Policy at Tufts University. She received her bachelor's and Ph.D. degrees in nutrition at the University of Washington and the University of California Berkeley, respectively. She has studied food systems for over 40 years and has held positions in several universities, the federal government, and two nonprofit organizations. Her present interests are regional food systems, food security, agriculture of the middle, and policies at all levels to encourage the development of resilient food systems. She joined JAFSCD as a columnist in December 2012.

Please send any comments about Kate's column to duncan@lysoncenter.org to be forwarded to her.

We appreciate the contributions from past columnists.

KEN METER | METRICS FROM THE FIELD

Ken Meter is president of Crossroads Resource Center and a leading food system analyst. His work integrates market analysis, business development, systems thinking, and social concerns. Ken serves as a consultant to the USDA, the EPA, the Minnesota Pollution Control Agency, and manages the grant review panel for USDA Community Food Projects Competitive Grants Program. Ken is an associate of the Human Systems Dynamics Institute, and has taught the “Economic History of U.S. Agriculture” at the University of Minnesota and graduate-level Microeconomics at the Harvard Kennedy School. As a member of the American Evaluation Association, Meter is active in the Systems Technical Interest Group and wrote a chapter entitled “Systems Concepts in Evaluation: An Expert Anthology.” He also writes occasionally for Successful Farming magazine, Edible Twin Cities, Grist, and Cooking Up a Story. He served as a JAFSCD columnist from 2010 to 2015.

Rami Zurayk is professor in the department of landscape design and ecosystem management at the Faculty of Agricultural and Food Sciences at the American University of Beirut, Lebanon. He studied at the American University of Beirut and at Oxford University. His current work is at the nexus of food, landscapes, and livelihoods. His proficiency areas include local food systems and sustainable livelihoods, sustainable agriculture and agroecology, food sovereignty and food security, rural community development, and civil society action. He served as a JAFSCD columnist from 2010 to 2014.

Joseph McIntyre is president of Ag Innovations Network (AIN), a California-based nonprofit that leads collaborations between agriculture, environmental, health, and community interests to improve the food system. Trained as both an economist and an organization development professional, his focus is on sophisticated change processes that engage food system leaders. Joseph left his role as a JAFSCD columnist in December 2012 due to his time commitment to AIN; we appreciate his contributions. 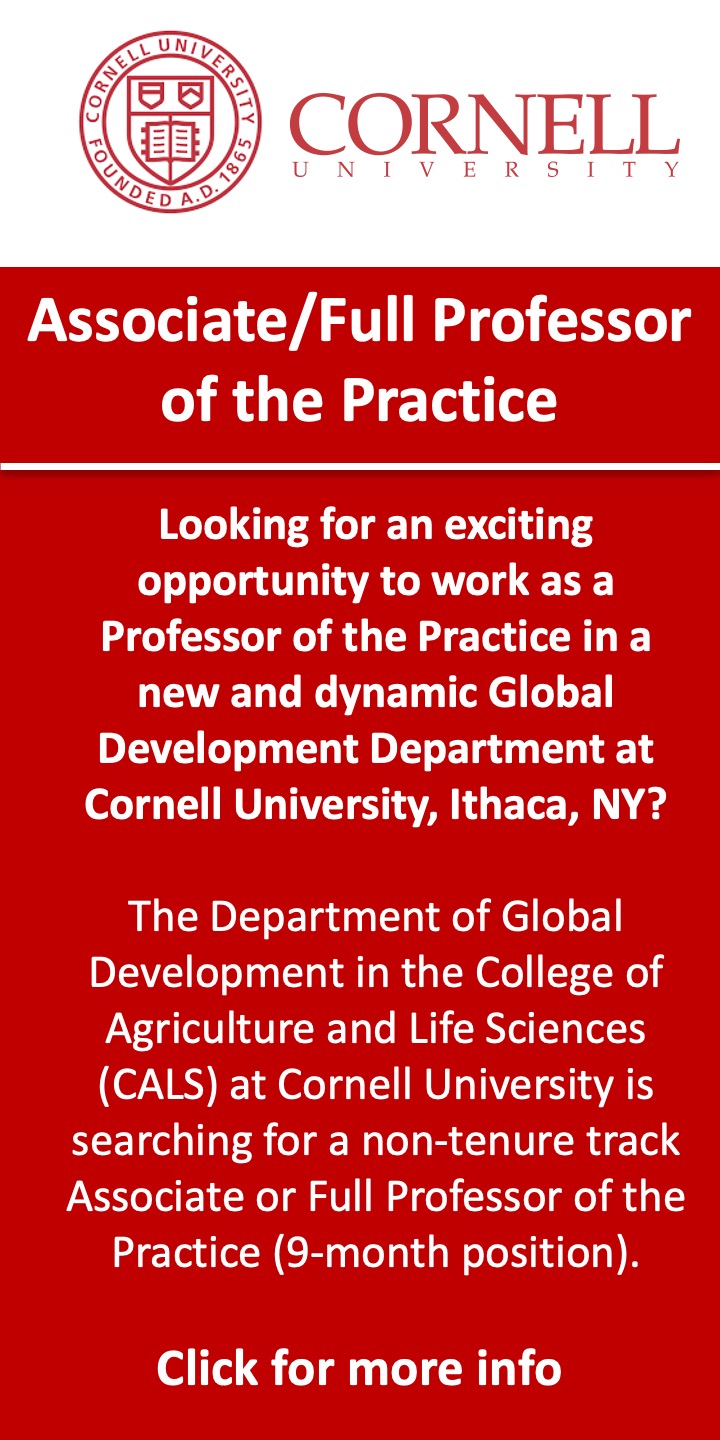 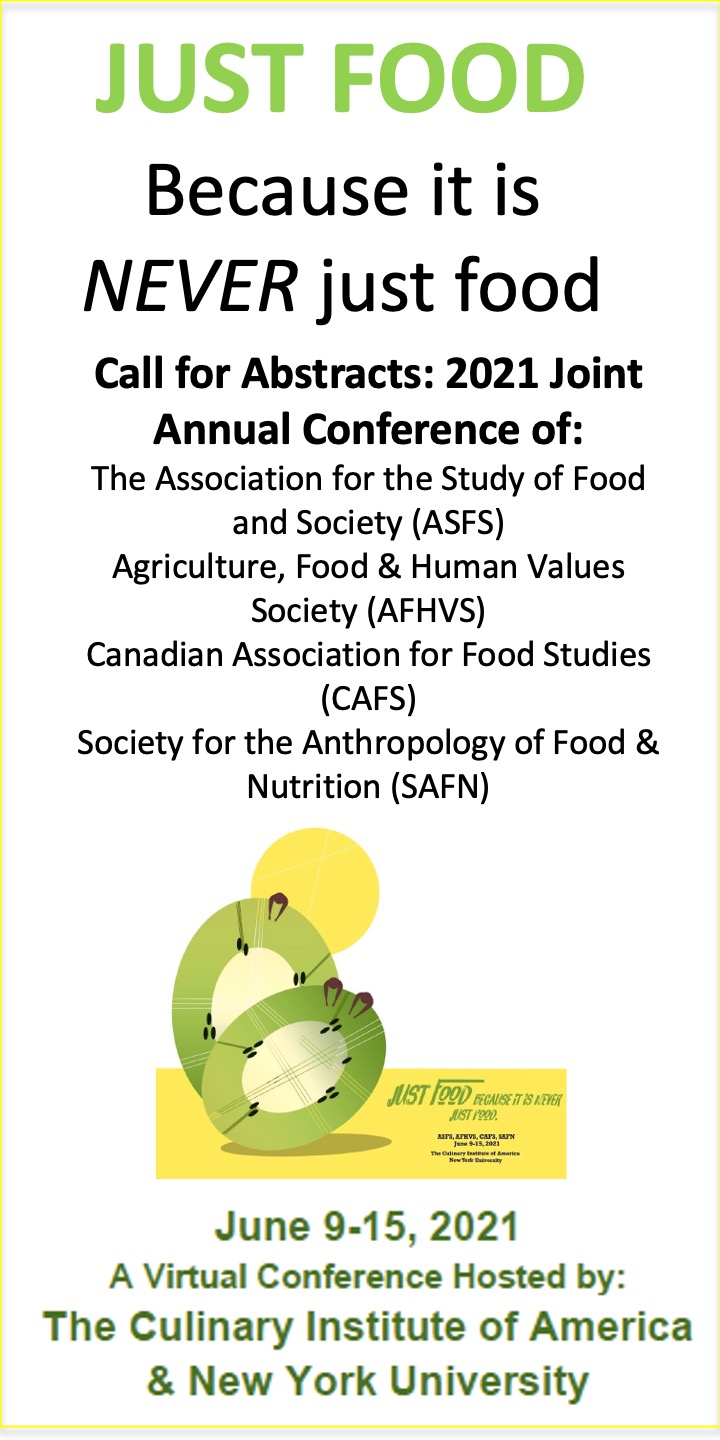