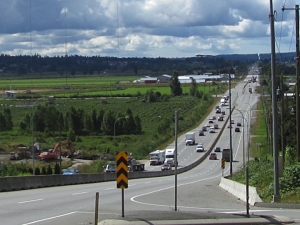 The Economic and Production Potential of Metro Farmland: Lessons from Surrey, British Columbia

Surrey, British Columbia, is Canada's twelfth largest and fastest-growing city. Within its boundary, 8,692 hectares (21,478 acres) (25 percent of the municipality's land base) are protected by the province's Agricultural Land Reserve (ALR). Local government intuits the long-term importance of ALR lands. In this region speculative land development for urbanization is routinely considered the greatest threat to agriculture land loss. However, our analyses reveal that use of ALR land in Surrey for non-agricultural purposes was the greatest contributor to "effective agricultural land loss" and thus poses a formidable threat to ALR diminution. Given that most of these underutilized parcels are less than 5 hectares (12.4 acres) in size, the Surrey government is interested in the potential of small-lot, community-focused agriculture to curtail their loss from agriculture while simultaneously contributing to community economic vitality. We conducted an inventory of 669 properties, covering 3,035 hectares (7,500 acres) or approximately 33 percent of the total Surrey ALR, which had been identified as underutilized for agriculture by the Ministry of Agriculture in its 2004 City of Surrey Agricultural Land Use Inventory. Our work revealed that at least 556 parcels amounting to 2,446 hectares (6,044 acres) (27 percent of Surrey's ALR) remained underutilized, and that within these parcels 1,351 hectares (3,338 acres) (15 percent) could still conceivably be farmed. We calculated that if brought into small-scale, human-intensive, direct-market production, these lands could satisfy 100 percent of Surrey's seasonal consumption of 29 regionally appropriate crop and animal products, create over 1,500 jobs, and have the potential to nearly double the current economic magnitude of Surrey's agriculture sector.

Photo above of the ALR in Surrey, BC, Canada, courtesy of the Institute for Sustainable Food Systems at Kwantlen Polytechnic University.